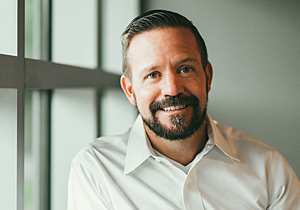 Dr. Bartruff has care and compassion in his blood! Born into a family of doctors, he grew up in Sarasota, Florida. His father and his maternal grandfather were physicians. He is the youngest of five children, all of whom have grown to be doctors or work in the healthcare profession. At an early age, his father’s profession and his family’s history as doctors, as well as his own desire to help and care for others, inspired Dr. Bartruff.

He attended Mercer University and graduated in 1994 with a Bachelor of Science degree. He then attended The University of Alabama at Birmingham where he earned the Degree of Dental Medicine (DMD) in 1998. Deciding to specialize in Periodontics, he attended Louisiana State University School of Dentistry and obtained his Certificate in Periodontics in 2001.

Moving to Atlanta upon graduation he began his career as an Associate in a periodontal office, and in August of 2005 he opened his own practice, Piedmont Periodontics in Midtown Atlanta. Dr. Bartruff enjoys an excellent reputation for providing advanced periodontal care with compassion and sensitivity to each patient’s needs and treatment decisions.

Most recently, in October of 2011, Dr. Bartruff and his team proudly opened a new, state-of-the-art office in the heart of Midtown at 222 12th Street, just off of Peachtree Street in the Lobby level of the LUXE condominium building. The new office is designed to create a relaxing environment for patients that reflects the team’s philosophy of considerate care.

Dr Bartruff’s excellent reputation has led to him becoming a preferred periodontist among many of Atlanta’s most prestigious dentists. Both referring dental partners and long term patients share confidence in Dr. Bartruffs periodontal skills and expertise. »Testimonials

When not working, Dr. Bartruff enjoys running, biking, traveling and spending time with his family, friends and dogs.